A new way for generating smooth topological design of structures

Topology optimization is often carried out to obtain an optimal structural layout during design. Technically, structural topology optimization boils down to determine the optimal layout of the solid/void of structural subsystems that construct the structures. According to traditional topology variables, the solid is represented by the value of 1 and the void is represented by the value of 0. Thus, the optimization problems established according to discrete topology variables are a 0–1 integer programming. Generally, the well-established gradient-based topology optimization methods can be classified into two categories according to the definition of the design variables: i.e. element-based and boundary-based methods. Existing literature has shown that the former topology optimization method is straightforward and has its advantage with easy implementation. Nonetheless, researchers have acknowledged that traditional element-based topology formation algorithms based on the solid isotropic material with penalization model seek the pure 0/1 design with a zig-zag boundary, which is less practical for engineering applications. To be specific, the ersatz material model suits for the simulation of a smooth design under the fixed mesh, but the element-based topology optimization using the ersatz material model does not provide a clear topology. This contradicts the desire to achieve a smooth design, which could seamlessly integrate with additive manufacturing.

In general, the element-based topology optimization methods using the ersatz material model result in the well-known “variable-thickness-sheet” problem, whose solution contains a large volume of “grey” elements. To resolve this conflict, Professor Xiaodong Huang from the Faculty of Science, Engineering and Technology at Swinburne University of Technology in Australia, proposed a floating projection constraint, which could gradually push the design variables to the desired 0/1 level required for a smooth design. His work is currently published in the research journal, Engineering Structures.

The author reported that his algorithm retained the advantages of the element-based topology optimization method, meanwhile achieving a smooth design. In fact, compared with the traditional 0/1 optimized design with a zig-zag boundary, the smooth optimized design via his approach was more practical for engineering applications. 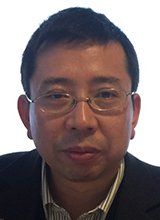 Dr. Xiaodong Huang is currently a Professor and ARC Future Fellow in Faculty of Science, Engineering and Technology at Swinburne University of Technology (SUT). He received his Ph.D. in Applied Mechanics from SUT in 2004. Then, he joined RMIT University for 13 years and moved to SUT in 2017 as Professor of Engineering Mechanics. Over his academic career, Dr. Huang has won Australian Postdoctoral Fellowship (APD) by Australian Research Council (ARC), Early-Career Research Award by the Australian Academy of Science, and ARC Future Fellowship.

His research interest focus on topology optimization and its applications. He has authored one monograph and over 150 peer-reviewed journal articles, with 6,000 citations. His research has been funded by Australian Research Council (ARC) and industries.