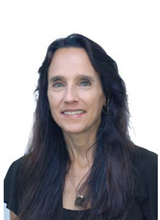 Kim Baldridge (PhD, 1988) pursues research in the development and application of quantum mechanical methods for the prediction of molecular structure and physical properties, with special emphasis on aromatic materials, optoelectronic properties, methods for treating solvation, and the prediction of properties such as NMR spectra and acid dissociation constants (~210 publications). She is a leader in high-performance grid computing. She was Director of Computational Science at the San Diego, Supercomputer Center, then director for Grid Computing at UZH and now Co-Dean for Health Science and Director of HPC; from these posts she has made significant contributions to HPC and Grid Computing infrastructure and algorithm development that support QM Science globally.

She founded two major recurring international scientific symposia that highlight QM scientists (running for a combined quarter century), serves on the editorial advisory boards of Journal of Chemical Theory and Computation and Theoretical Chemistry Accounts, and has consulted as computational science expert to the U. S. Army Aberdeen Proving Grounds.