On exploratory class missions astronauts will be exposed to a variety of heavy particles (HZE particles) which differ in terms of particle energy and particle linear energy transfer. The present experiments were designed to evaluate how these physical characteristics of different particles affect cognitive performance, specifically operant responding. Following exposure to 28Si, 48Ti, 12C and 16O particles at the NASA Space Radiation Laboratory rats were tested for their ability to respond appropriately to changes in reinforcement schedules using an operant task. The results showed that the effectiveness of different particles in disrupting cognitive performance, defined as the lowest dose that produced a performance decrement, varied as a function of the energy of the specific particle: for comparisons between different energies of the same particle (e.g., 56Fe) the effectiveness of the particle was directly proportional to particle linear energy transfer, whereas for comparisons between different particles (e.g., 56Fe and 16O) effectiveness was inversely proportional to particle linear energy transfer. The results are discussed in terms of the mechanisms that influence the effectiveness of different particles and energies and in terms of their implications for analyzing the possible risks to astronauts of decrements in cognitive performance following exposure to HZE particles on long-duration exploratory class missions. 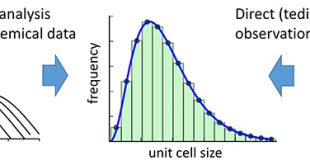