The Lost Work in Dissipative Self-Assembly

A general thermodynamic analysis is given of dissipative self-assembly (DSA). Subsequently, the analysis is used to quantify the lost work in a recently published chemical realization of DSA (Boekhoven et al., Angew Chem Int Ed 49:4825, 2010) where a formation reaction produces the monomers that subsequently self-assemble and are finally annihilated by means of a destruction reaction. For this example, the work lost in self-assembly itself is found to be negligibly small compared to the work lost in the reactions driving the non-spontaneous formation reaction and the kinetically hindered destruction reaction.

Self-assembled structures such as micelles and vesicles have frequently been discussed as model systems for biological cells because they can mimic their ability to compartmentalize matter for biological and material processing such as DNA-replication and nanoparticle synthesis respectively. However, in contrast to most synthetic self-assembling systems the natural systems are not equilibrium processes. Attention is therefore now focusing on dissipative self-assembling systems where energy input is required to sustain the self-assembled state. These systems have the potential to adapt themselves and enter into different self-assembled states depending on environmental conditions whereas their equilibrium counterparts can only assemble or disassemble. 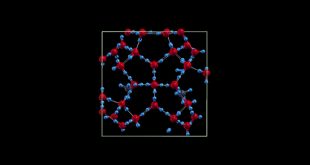